Can You Grow Coffee in the Lower 48 States

Can You Grow Coffee in the Lower 48?

Without fail, every coffee demo I have done, I am asked if we “grow the beans.” It’s a reasonable question because coffee is just something you expect to be able to grow. However, coffee is a remarkable crop with a complex and misunderstood growing environment.

The production yield in California based coffee plants has been abysmal. It has been an extremely expensive adventure for the farmers that have been attempting to grow the crop for a decade. The production is about 1/10th of crops produced in the Tropical regions.

UC Davis Agricultural Programs are putting in plants and a coffee roasting facility (https://coffeecenter.ucdavis.edu/). However, it remains to be seen if they will be able to shift the production impact of coffee to California while managing to keep prices reasonable. Crops produced in California have been upwards of $20.00 per green pound. The reason the crop is so expensive is complex.

California has the strictest agriculture standards in the United States. The regions growing coffee also must pay for water to irrigate the crops (Southern California).  Furthermore, the farmers are responsible for the labor records and immigrations status of each of the workers. This is a very expensive and time-consuming process. I don’t anticipate this changing anytime soon. California makes a habit of implementing tighter regulations, not relaxing them for economic gain.

Puerto Rico, on the other hand, is a US territory. The coffee has been grown there since the 1800’s. It was the primary export for the region in the late 1800’s. The new problems (as of 2015) have been political unrest, and lack of workers to pick the beans. After the hurricane knocked out power to the island, some farms have allowed the crop to go fallow. It is not financially feasible to run the drying racks, and wash the beans without power. The production has been scaled back dramatically and rum has now taken coffees place as the primary export. (Wiki article about coffee production in Puerto Rico).

Other issues facing farms in the lower 48 is cloud cover. This 2018-2019 growing year had the most cloudy/overcast days since the mid-1950’s. Los Angeles saw the first snow fall in recorded history. This has been detrimental to the crops being grown. Supplemental lighting has helped, as was advance notice of the freeze warning. We will have to wait until the harvest time (August of 2019) to see if it has made any permanent damage.

Spokane, WA USA has a lone coffee plant as part of the greenhouses at Manito Park on the South Hill. The plant has only produced a handful of berries despite being under “near identical” light and moisture conditions to plants grown in the tropics. This brings me to my point: Coffee is one of those things we just don’t have the technology to grow mass production in the US at this time.

We hope to have answers to questions like, “Why can’t coffee production be increased in greenhouses?” “If soil, light (augmented), moisture (irrigation), and elevation are the same, why will coffee not produce the same amount of buds in Oregon as it does in Costa Rica?”

Nectar of Life is growing a coffee plant. We are actively monitoring water, light, and the elevation where it is being grown is similar to elevations in Hawaii. However, even though the plant is three years old, we have yet to see a single flower. If you know Nectar of Life, you know we don’t give up. We will try to get answers to these questions, and maybe, just maybe, be able to produce (some) coffee on our farm.

Sign Up for exclusive updates, new arrivals
and insider-only discounts 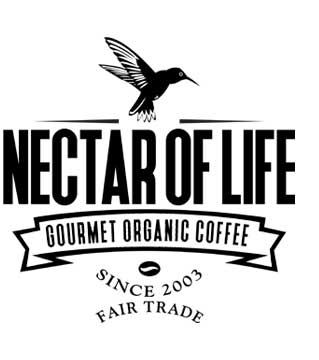